Skip to content
ASABA – Following the increasing spate of kidnappings and ritual killings in Delta State, detectives attached to the State Criminal Investigation Department, SCID, have arrested six native doctors in Ughelli and its environs. 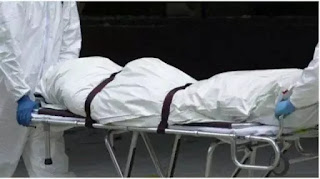 They are: Bernard Thomas, 52, Babalola Akin, 48, Lucky Omorofu, 47, Macauley Obaro, 52, Agbalokpe Kennedy, 49 and Chief Chiedu Agharho, 56 years.
The Commissioner of Police (CP), Mr Anthony Ogbizi confirmed the arrest, saying that the detectives acted on intelligence. He disclosed that three of the native doctors were arrested in Ughelli, while the three others were nabbed in Abraka, with strange substances including prepared charms.
According to him, the suspects have made useful statements and would be charged to court upon completion of investigations.
Investigations by Crime Tracker reveal that, some of the Yahoo boys in police headquarters in Asaba, and those hiding in some parts of the state, who mostly wear dreaded hair styles popularly called ‘Dada’ in the local parlance, shove their dreadlock hairs to evade arrest.
breaking-news-young-lady-vomits-500 naira in Warri.
Some of them have also abandoned their expensive luxury cars like Benz C Wagon, Toyota Venza, that costs between N10 million and above, to further evade arrest they have gone into hidings, while many of them have also vacated their expensive apartments and fled the state owing to the arrest of their colleagues.
Subsequently, many of the abandoned cars belonging to them have been impounded since they cannot explain how the cars were acquired particularly with their young age and with no serious means of livelihood.
Further investigations by Crime Tracker reveal that, there is a Special Squad from the police high command Abuja in synergy with the Delta State Police Squad that have stepped up search their flash points and hideouts.
One of their strategies is to focus on those people with no legitimate means of living but own and drive expensive cars, who are engaged in fraudulent acts, kidnappings that are associated with yuletide.
Meanwhile, commercial sex workers in Abraka community in Delta State last week protested and blamed the current low patronage in their sex trade on the crackdown on Yahoo Boys’ in the state by the police.
The prostitutes, numbering over 30 from two well-known brothels in the area, took to various streets in the early hours of the day, in skimpy dresses that barely cover their nudity, chanting sorrowful songs mainly in Ibo language, regretting that since the ongoing crack down on ‘Yahoo Boys’ and ritualists by the police, things have not been the same in terms of the patronage they get.
The protesting prostitutes said, “the police have brought bad market for us. We no longer get patronage as we used to get in Abraka community when Yahoo, Yahoo boys were in charge. Hunger is now treating us very bad, the Yahoo, Yahoo boys pay very well better than others. They have stopped coming to our hotels, we are now suffering.”
One of the commercial sex workers, Angela Chioma, who spoke to newsmen in the area, said, “business has died in Abraka community where we used to make money, a whole day nobody comes. Our powerful customers have been driven away by the police. It is the Yahoo Boys that used to patronize us very well.

“They paid well and don’t ask for change. Every day, we will sit down without a customer; things are very rough for us. We shall soon relocate elsewhere. Some of us are not from Delta State. To make matters worse, even when we call them, they don’t pick calls and any of them who picks will issue stern warning not to call them again.”
But the Police Public Relations Officer in the state, DSP Andrew Aniamaka, who spoke to Crime Tracker in Asaba, said, “the police will not relent in doing its job. The police will ensure that all the Yahoo boys are brought to book across the state. Even the brothels, the police will soon embark on operation raid all the brothels and hotels across the state. The Yahoo, Yahoo boys are gradually relocating elsewhere, it’s a plus for the police since the crack down on them.”

Italian legend and film director Franco Zeffirelli famed famed for his 1968 version of Romeo and Juliet dies at 96.

Italian movie director franco Zeffirelli famed for directing operas, films and television shows has died in Rome at the age of 96yrs

Former Manchester City and Barcelona midfielder Yaya Toure has left Olympiakos for a second time, after just playing multiple times, the Greek Super League club announced on Tuesday. Toure, 35, joined Olympiakos three months after originally making his mark in Europe with the Greek side amid the 2005-2006 season. “Olympiacos FC and Yaya Toure might […]

Femi- Fani- Kayode Why are you protecting Fulani Herdsmen

Former Minister of Aviation, Femi Fani-Kayode has said the reason he hates and continues to campaign against the incumbent administration of President Buhari is its refusal to declare the Fulani herdsmen as terrorists.